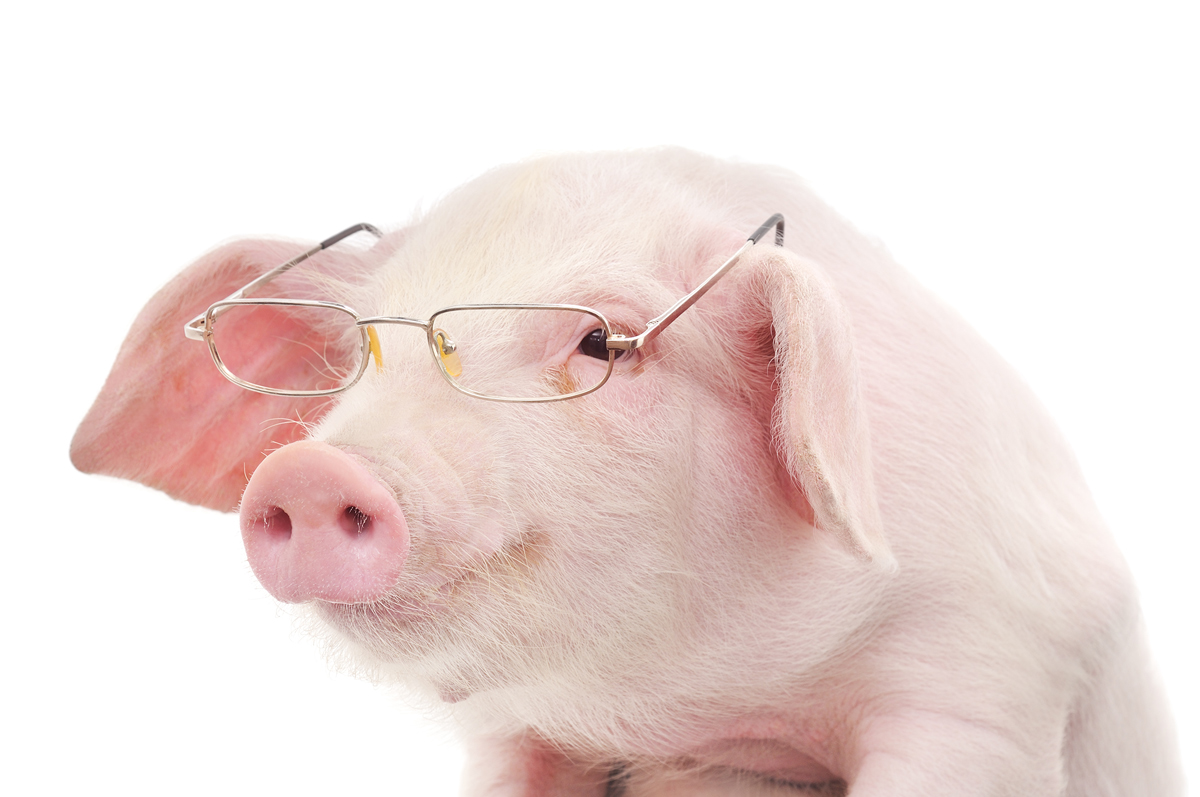 In this lab, we examined and analyzed the various organs and structures found inside the body of a fetal pig.

Move mouse over organs to see what they are ⇩

The goal for my group was to focus on the kidney's, see what they look like in the developing stages of a fetus, and compaire them to a full size kidney(right) from a fully developed adult pig.
When the pig was developing as a fetus in the womb, its kidney's did not play a role in filtration, as waste products were elimated in the placenta and enter the mother's circulotory system. The fetal pig we dissected had already the total number of nephrons they would have as an adult, but they never fully developed and was never used for thier purpose. 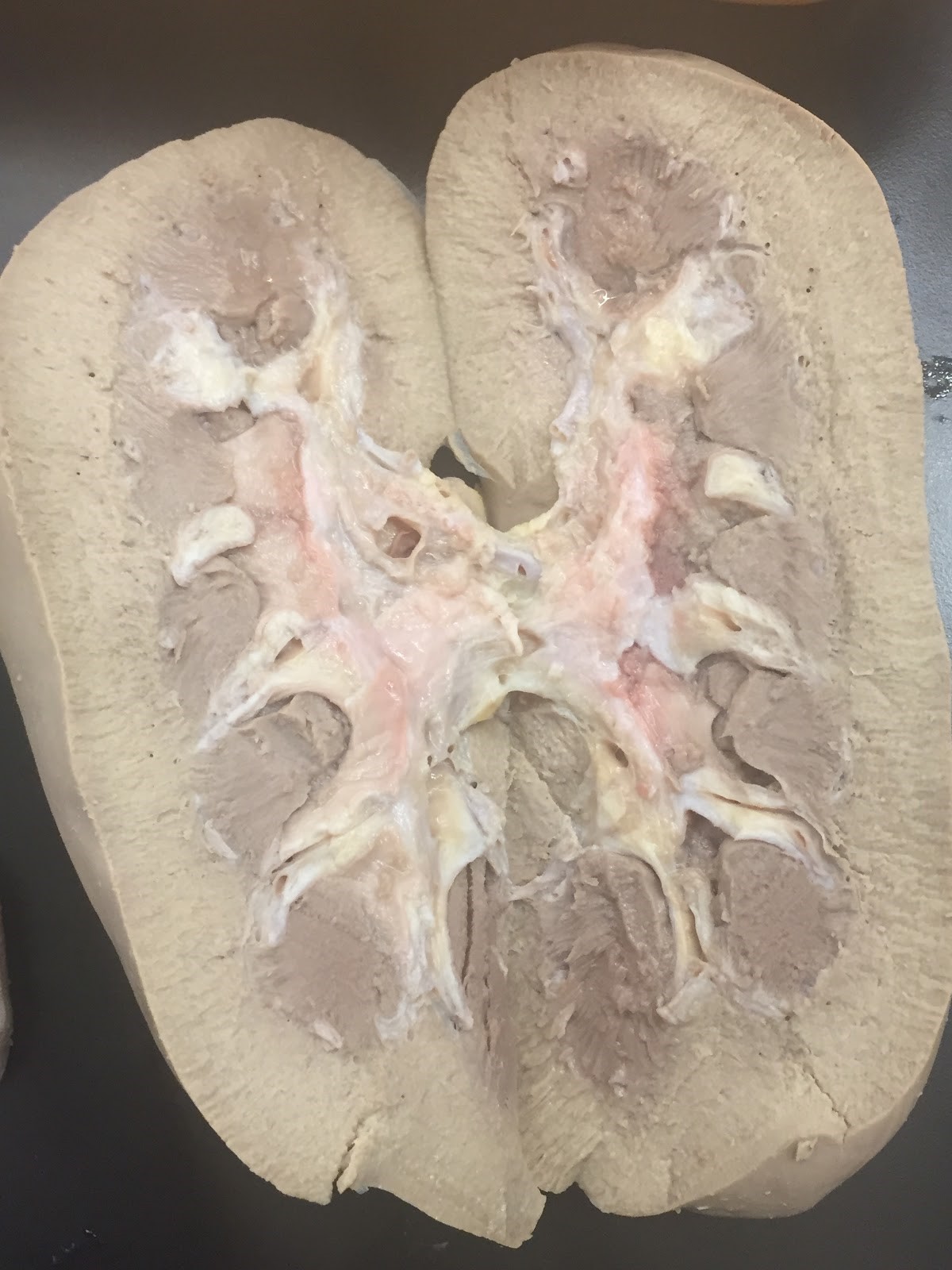 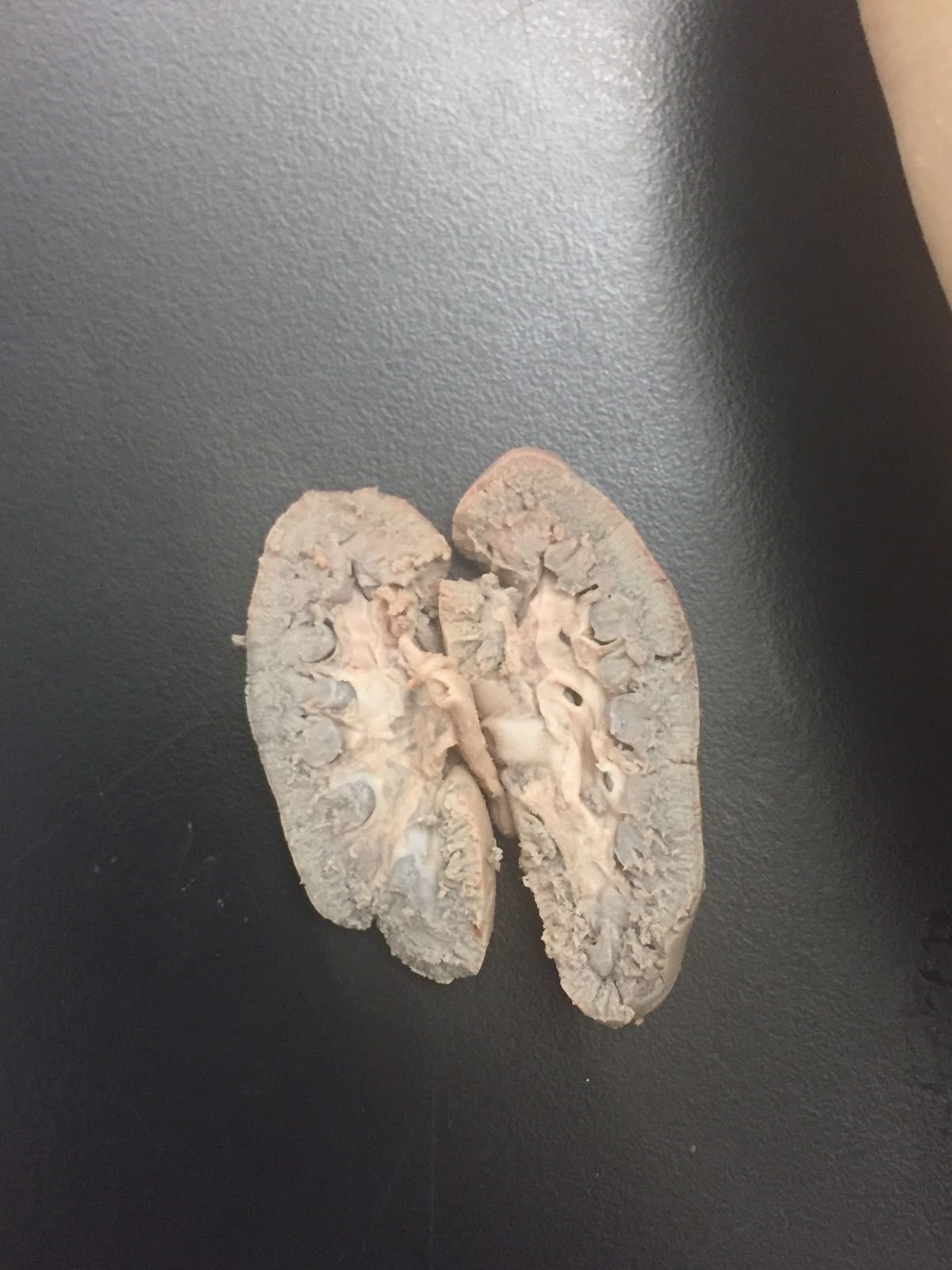 What are the kidneys?

The kidneys are 2 bean shaped organs located postior to the intestines, in the upper abdominal area against the back muscles of both sides of the body. Their primary function is to filter the blood in the pigs body, removing waste products, controling the bodys fluid and electrolytes levels. The waste product is released as urine from the body, which is collected in the kidney's pelvis and drained down though the ureters where it then heads to the bladder to be released. 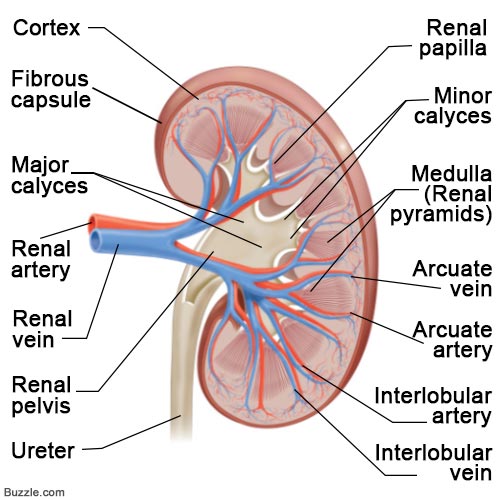 Within the kidney, there are around a million filtration units called nephrons that filter the blood though a semi-permiable membrane (called the Glomerulus), which removes the waste products from the blood without actually letting blood cells go though as well. The filtered fluid then passes through the tubule, which sends needed minerals back to the bloodstream and removes wastes. The final product becomes urine.